Perspectives on Inflation: An Outlook for the Future & Implications for Investors

03 May Perspectives on Inflation: An Outlook for the Future & Implications for Investors

Inflation is nuanced and multifaceted. By definition, it’s a currency devaluation whereby one unit of currency sees its purchasing power decline. Colloquially, inflation refers to the sustained increase in the general level of prices. The most commonly cited measure for inflation is the Consumer Price Index (CPI). CPI reflects changes in weighted average prices for a basket of goods and services over time—prices of food, clothing, shelter, fuels, transportation, health care services, drugs, and other goods and services that people buy as a part of their day-to-day lives.

As demonstrated clearly in the chart below, inflation has recently surged to levels not seen since the 1980s.

Inflation’s recent surge has gained a lot of attention recently because it marks a clear break from the “great moderation” that’s taken hold over the last three or so decades where core inflation is experienced minimal volatility and has consistently hovered around 2% annually.

The recent surge has stirred fears that we may be in the early stages of another “Great Inflation” like one the US economy experienced in the late 1960s through early 1980s when inflation was consistently above 5% for nearly the entirety of the 1970s and peaked nearly at 15% in 1980. From 1965-1982, inflation ran at a 6.5% annualized rate.

Not surprisingly, many investors are asking: are we heading for a repeat of the Great Inflation where today’s high inflation will be sustained for an extended period of time? Or will inflation’s current surge prove fleeting and give way to a return of the relative muted inflation that’s been the rule over the last three decades? And importantly, what are the implications for portfolio construction and positioning?

In this paper, I provide several perspectives covering:

I share my perspectives here with the disclaimer that, as always, I’m not sure exactly how right or wrong my conclusions are. I’m putting them out there for you, the reader, to take or leave as you like. 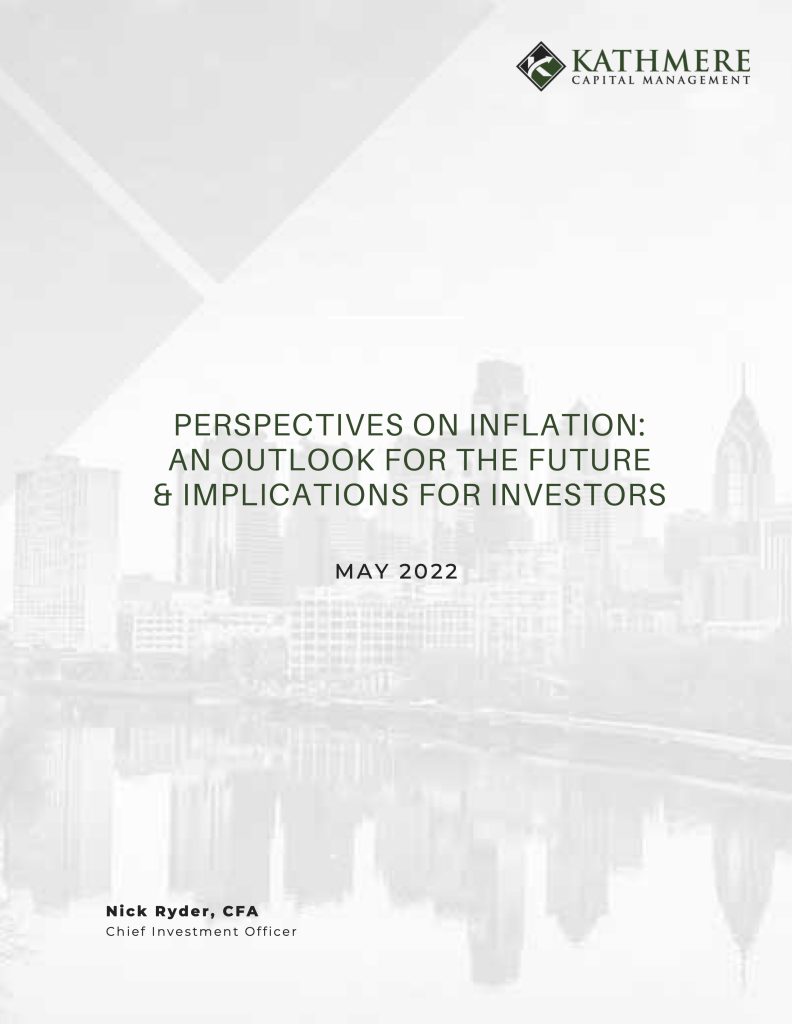 
Stay In The Know